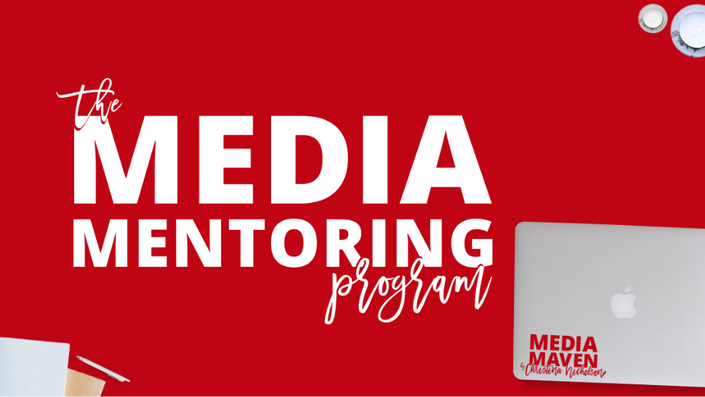 You probably know you can get more exposure by paying for ads, but the truth is that it's getting more and more expensive and less effective as the space gets noisier.

Maybe you're feeling frustrated when you see your competition getting the exposure you dream of.

You could just not know where to begin when it comes to networking and connecting with members of the media or well-known podcast hosts.

You don't have thousands and thousands of dollars to pay a PR agency, so you feel like you've hit a wall.

It's getting harder and harder to stand out, and it's costing companies a lot of time and money.

Fortunately, I know about a specific kind of media that can separate you from the pack, something that I've personally had experience in for more than 10 years…

I'm talking about things like getting exposure on the news - on TV, in magazines, popular blogs, radio shows, top podcasts, massive publications, and more. I can show you how to land this big-time publicity without spending a dime on ads!

This kind of media has been around longer than Facebook and Google Adwords, and you know what? Those who know how to take advantage of mainstream media completely separate themselves from the rest, because it's not something everyone has access to.

If you simply rely on paid ads or organic traffic, your competitors will take the spotlight from you, reaping massive benefits from the major channels that exist that can boost one's authority and skyrocket a person's visibility seemingly overnight. Just think of what that can do for your brand!

My experience is your shortcut.

I've worked in the media for more than 10 years. I've been a journalist, TV reporter, anchor, and national TV host.

Since then, I've taken my skills from that world and have applied them helping business owners like you learn how to navigate the world of mainstream media, something that doesn't come naturally to most people. 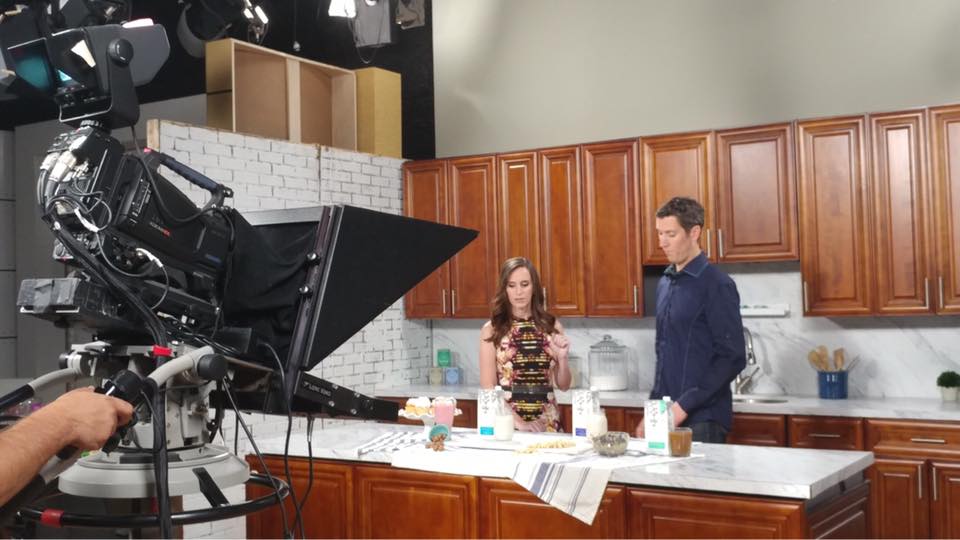 The opportunity to quickly grow your business is there. With the right moves, you can get major exposure and become THE go-to brand that everyone talks about.

It’s never been more possible in the history of time to obtain the kind of publicity you can today. It’s incredible. Imagine being seen on TV on Today or the Rachael Rachel Show, on the front page of your local newspaper, in magazines like Essence or Cosmopolitan, online in Forbes or E!, and as a guest on your favorite podcasts like Smart Passive Income or Boss Mom.

There’s so much noise out there and getting this kind of exposure isn’t easy. In fact, it’s nearly impossible without some help, which is unfortunate because there are brands that have a solid product and a good reputation that, frankly, nobody knows about.

And if you’re not known, you’re not going to be in business for very long. If your business isn't where you want it to be and if you're ready to grow, this is for you. Now.

So, together, what can we do about that?

The Media Mentoring Program is your one-stop shop to becoming a media powerhouse.

Join me now to learn:

Everything you need to get media exposure in the first two weeks.

I’m going to teach you how the media works - new media and traditional media so you know what you should (and should not) do to get more publicity.

I’ll give you all the tools you need to win big by being everywhere - on TV, online, in magazines, in newspapers, on podcasts, and more.

By being featured in these outlets, you are being endorsed by them... and I’ll show you how to do it the right way, so you see the snowball effect in the attention you receive and the money you make.

You don't need big bucks to earn publicity. You don't even need to hire a publicist. You just need to know what to do.

That's why I created this mentoring program.

Learn STEP-BY-STEP by working with Christina Nicholson personally to EARN more visibility in the media to be seen as an authority in your industry so your brand explodes and you're in front of your ideal customers and clients over and over again.

Yes, you can change your entire business in less than three months! 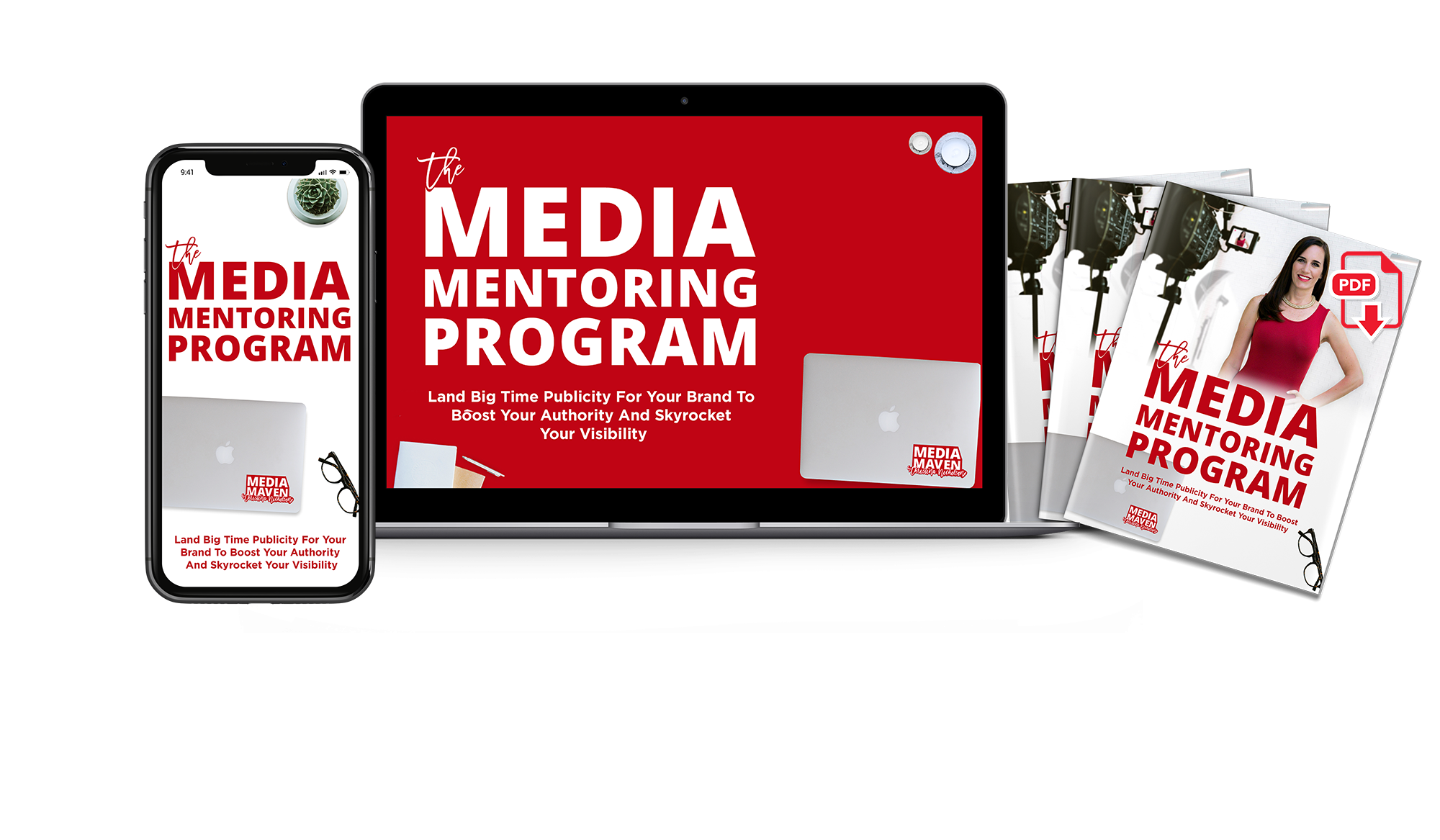 There are lots of other media courses out there, but this one is different. It's not just a course, it's a mentorship.

You will have incredible access to me - someone who has worked in five different newsrooms across the country as a producer, reporter, and anchor, has written for the most prestigious publications in the country, and is a current national TV host.

Because of this, you’ll have all the knowledge, tools, and strategies to find your newsworthy story the media will LOVE and be able to pitch it to countless media outlets – TV, podcasts, online, and print – what your target audience is watching, listening to, and reading.

I will walk you through what to do and how to do it so you with earn publicity, be known as an authority in your industry, so you will get more traffic and visibility.

Thousands, even millions, of people will know, like, and trust you before you even shake their hand. 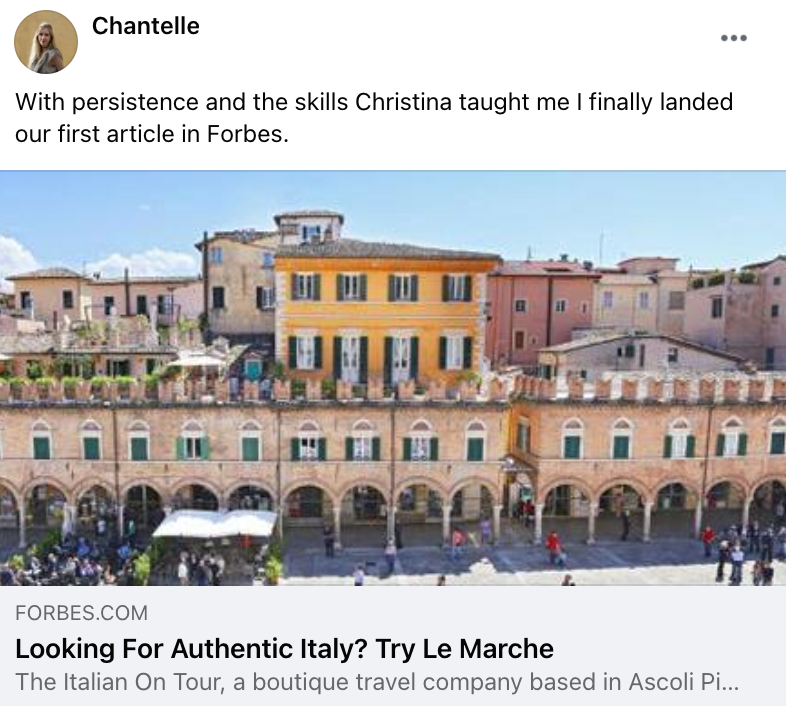 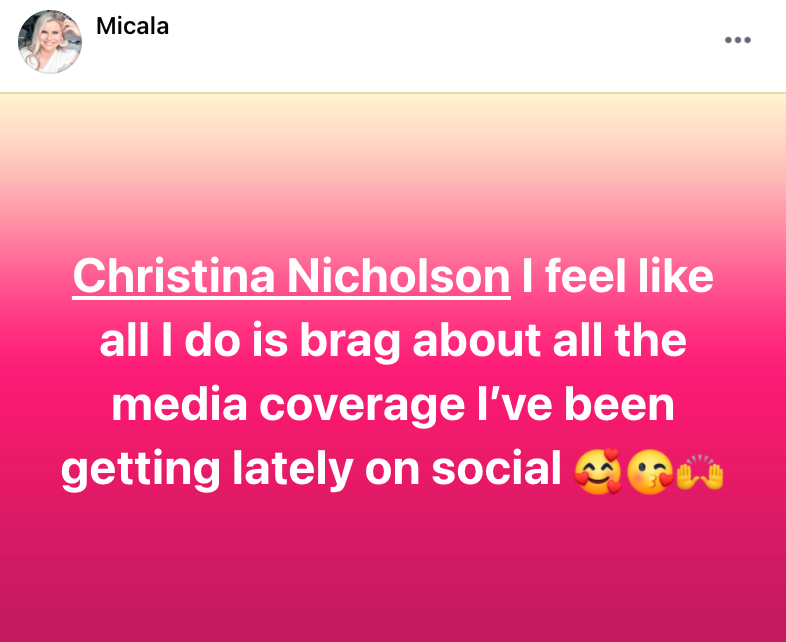 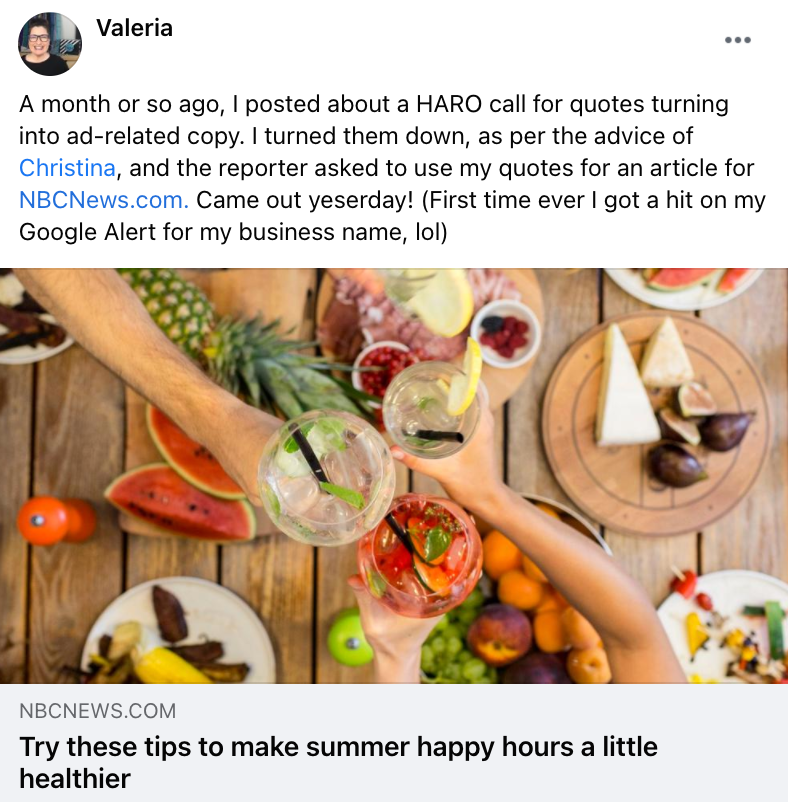 Get one-on-one mentoring directly with a 15-year media veteran. 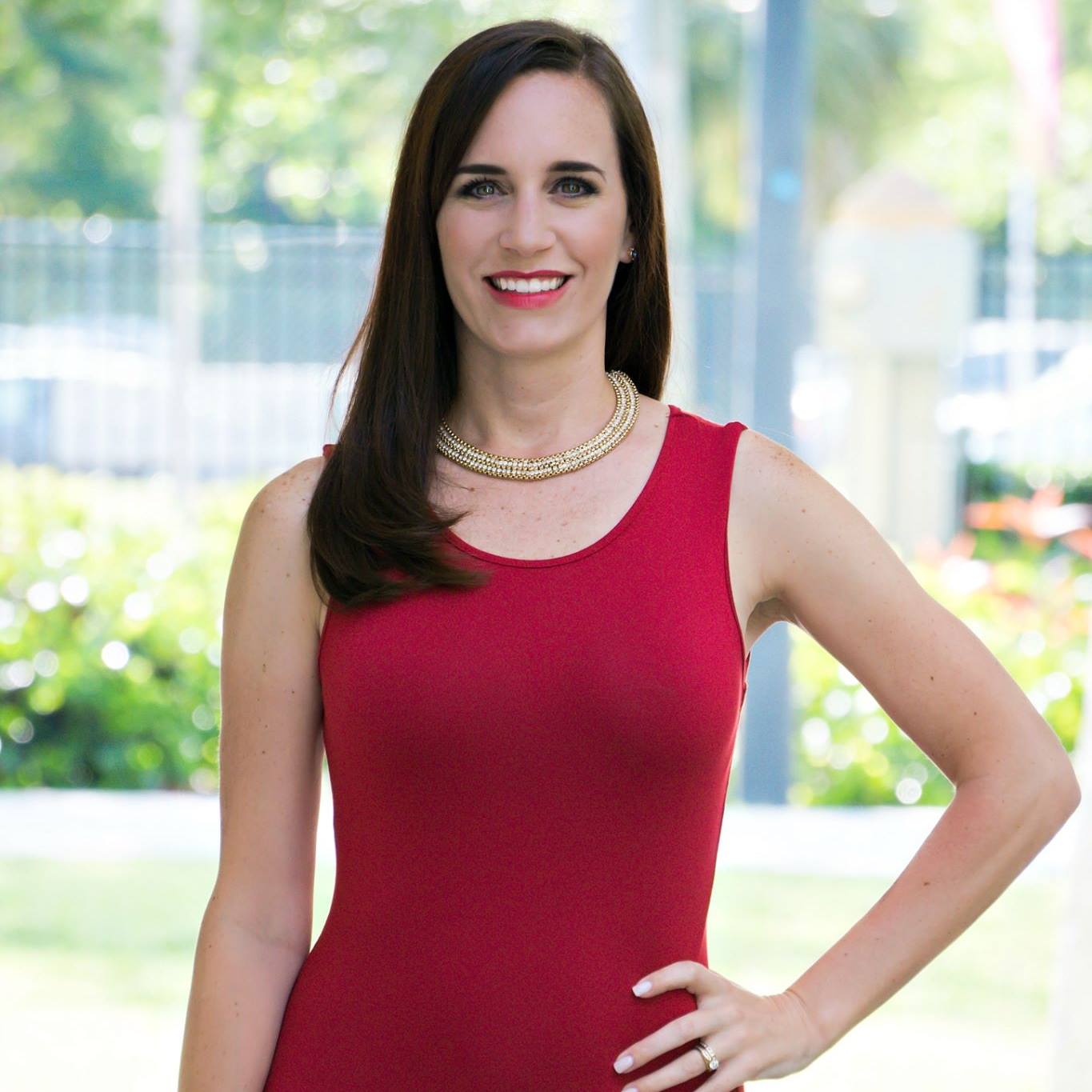 I am a former TV reporter and anchor who has worked in markets from New York City to Miami. I am still telling stories, but instead of doing it for a newscast, I'm doing it to help businesses grow.

With my business, Media Maven, I help entrepreneurs reach thousands, even millions, of their ideal customers or clients in minutes instead of months through the power of media - traditional and new - without spending big bucks on advertising.

You can still see me in front of the camera as a host on Lifetime TV, in national commercials, on local TV, hosting my own podcast, as a guest on many other podcasts, and writing for a variety of online publications.

Here's a look at some of the opportunities posted inside the course Facebook Group: 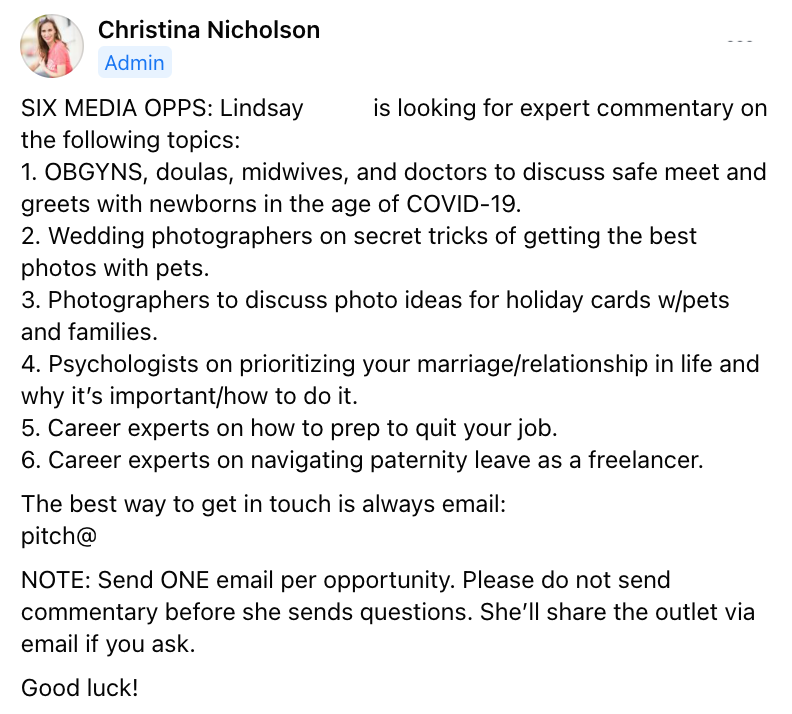 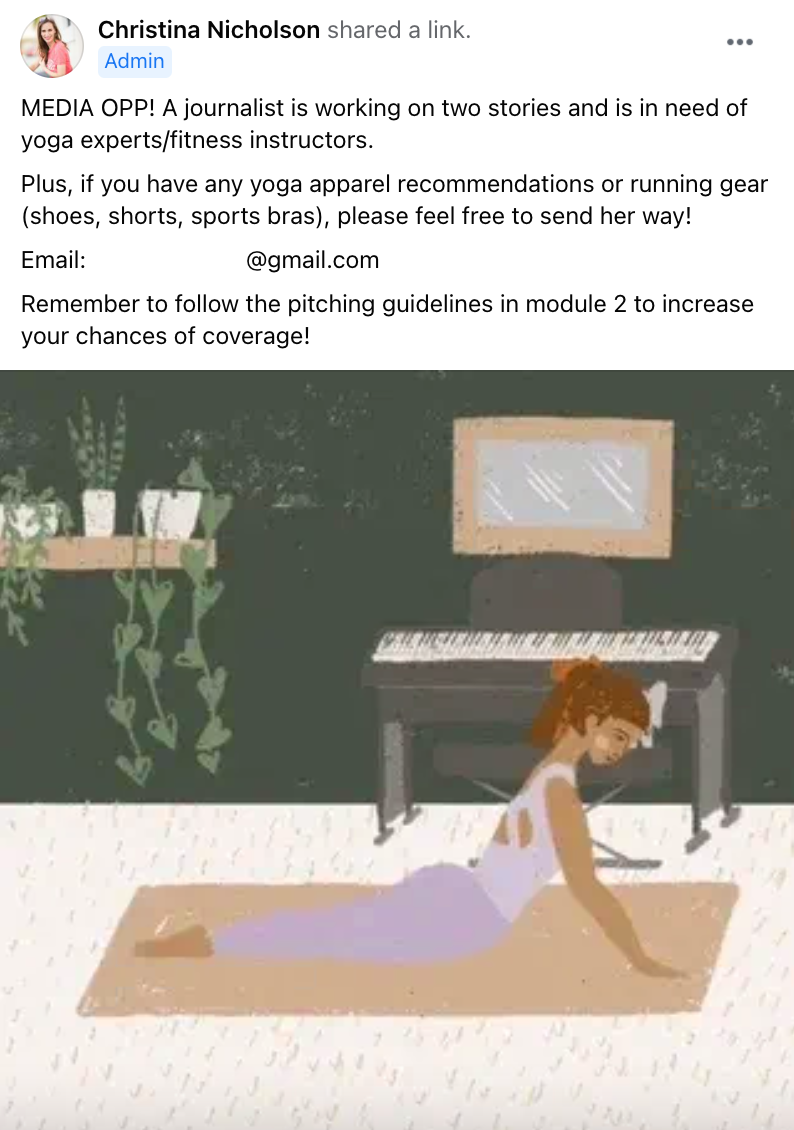 Here are just a few places my clients have been seen. 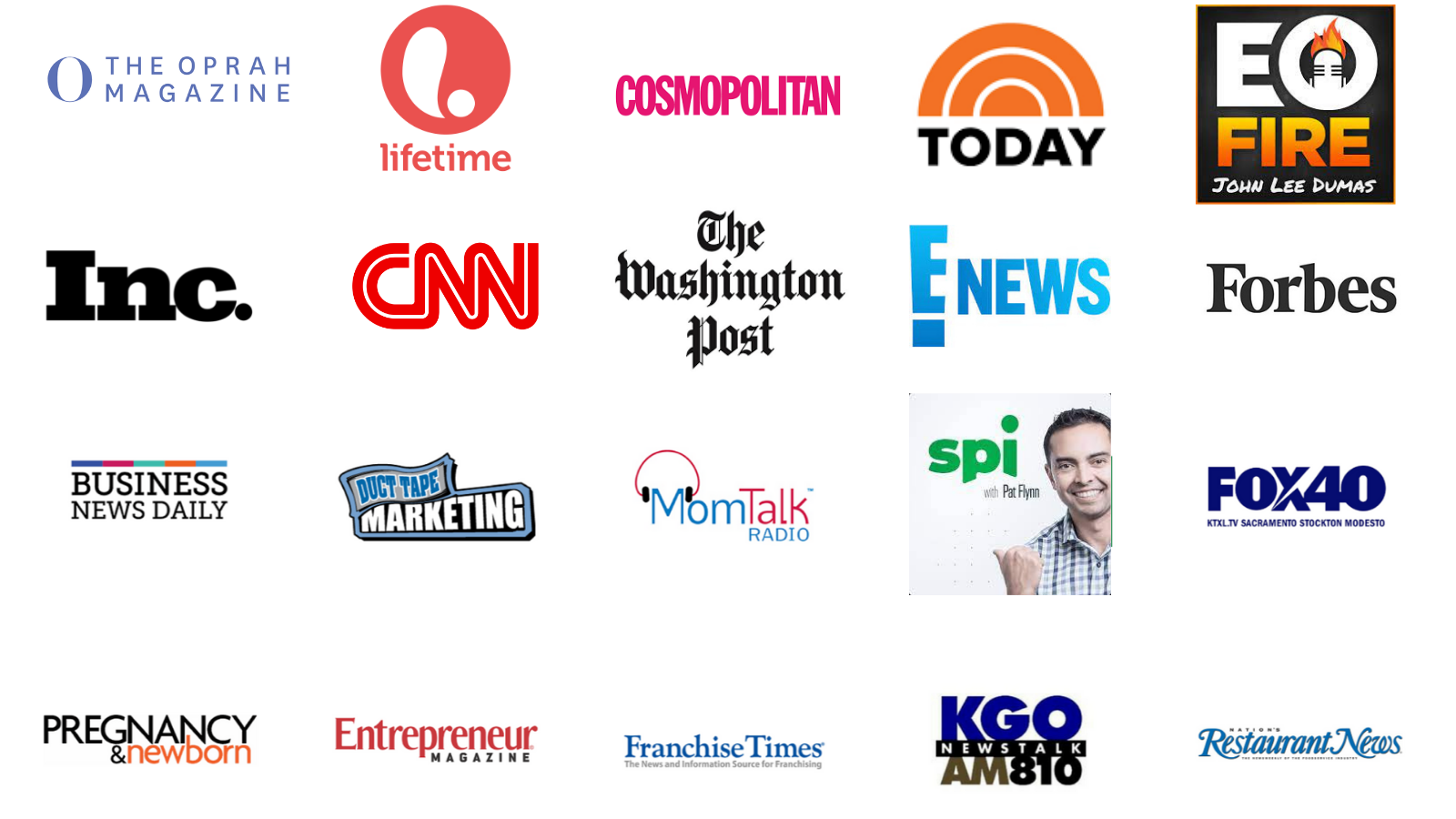 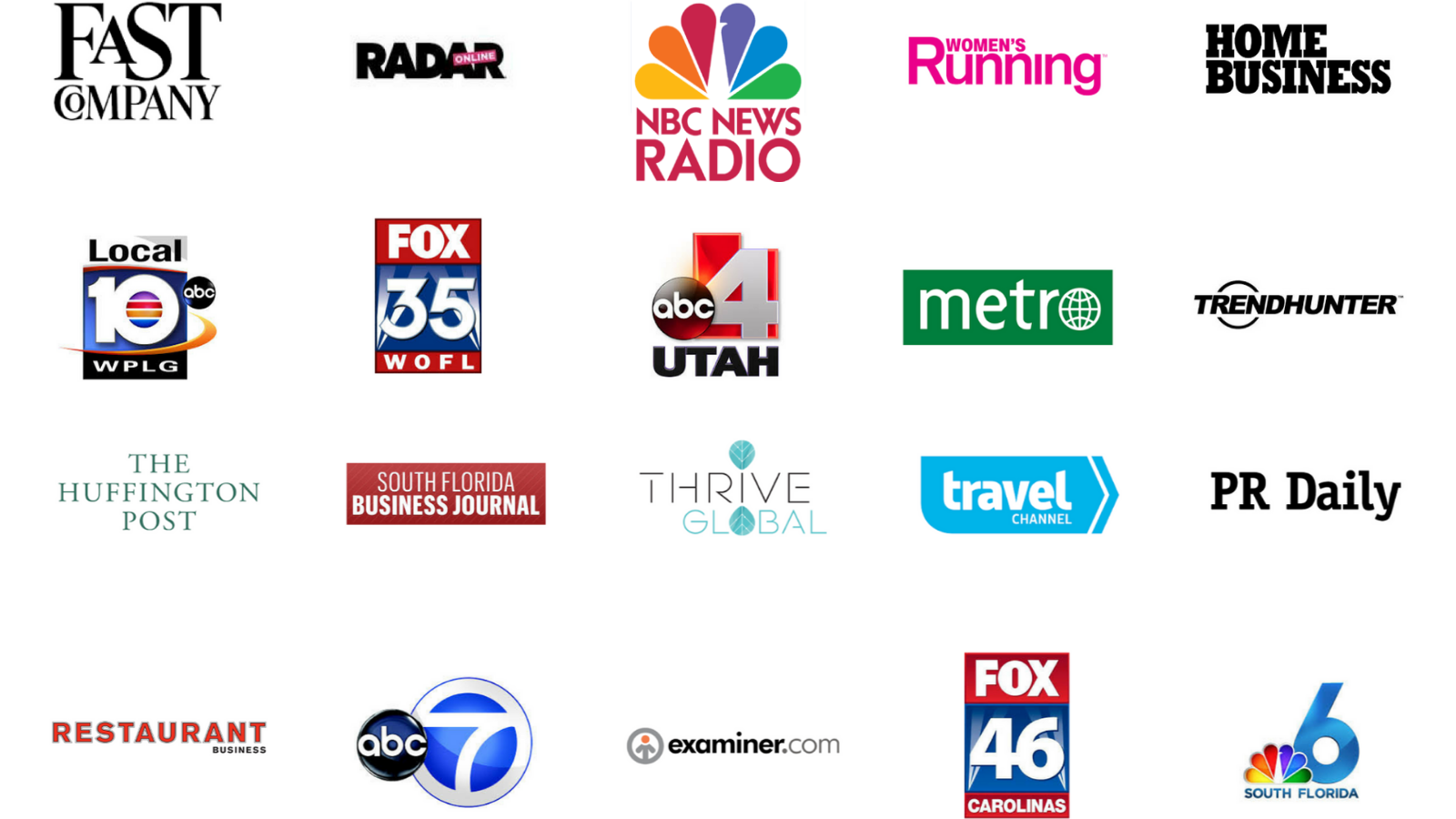 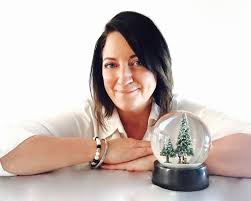 This PR has been invaluable for my business.” 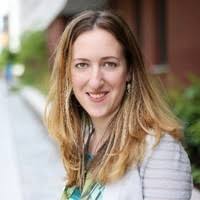 "She was direct and gave me concrete tools I could use to improve on my marketing in general--from website/SEO, social media, and beyond. She makes working on marketing (a task I've dreaded) accessible, and even fun.

I'd definitely work with Christina again and would highly recommend engaging her as a coach!”

When can I get started?
The course starts now and never ends! It is a completely self-paced online course - you decide when you start and when you finish.
How long do I have access to the course?
How does lifetime access sound? After enrolling, you have unlimited access to this course and the Facebook group for as long as you like - across any and all devices you own.
Does this work for international businesses and brands?
YES! Two of our most successful clients operate businesses in Italy and Australia. These strategies work for all forms of media across the globe.
Will this work if I'm not making money yet?
You're not making money yet because people don't know about you! This is the course that gets you known, liked, and trusted so you will start to make money. If you're ready to make money, then this is step one.
What if I need more, personal help?
Try using what you learn in the course and asking questions in the Facebook group first. Then, if you want to dial it up a notch, just reach out and ask about the VIP program. It's an opportunity to work directly with me and my time one-on-one for six months.
Can I ask you a question about the course before I buy?
Of course! If you don't see what you're looking for here, just send an email to [email protected] I'm happy to help! 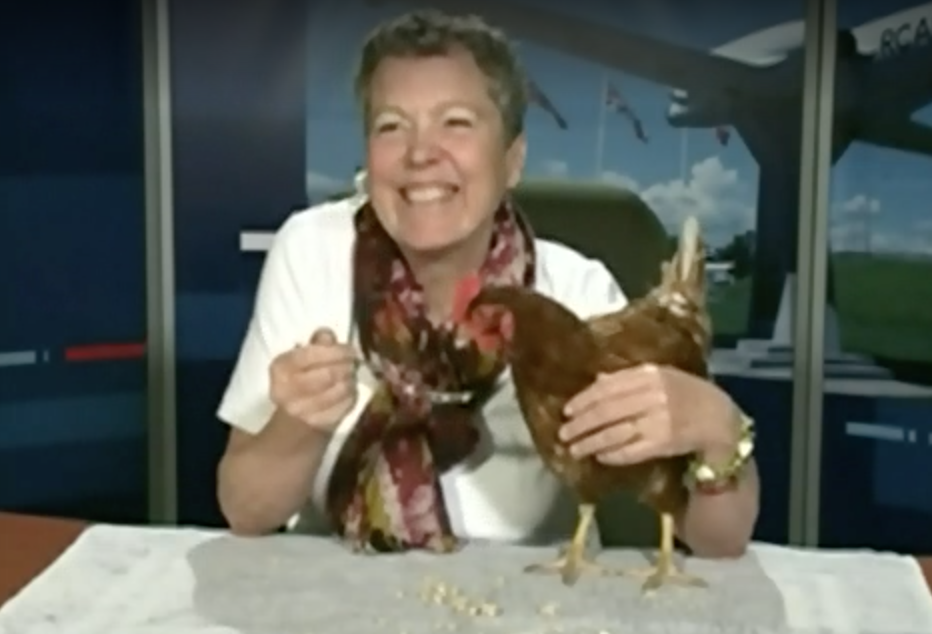 "My little town has a population of 1,000 people and about the same number of farm animals; but we are located a 1/2 hour from a city of substantial size. All the journalists left the city stories to cover my little, tiny library story.

Thanks so much, Christina, for that added push to persevere with local media, even when the efforts seem fruitless at times." 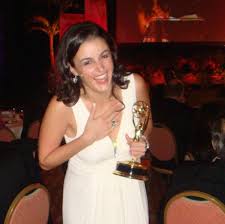 “I love all of Christina's content. It’s so spot on and useful for people looking for media.”